The Christmas present for DANFIX

Thursday 22’th of December was a joyful day at DANFIX because the new phase contrast system from Exciscope arrived at DTU. The instrument is the first new instrument based on the NUFI funding to DANFIX and based on a decision made by the DANFIX board early 2021. Last fall the tender for a phase contrast system was open and Exciscope won the tender.

The installation of the instrument will be don 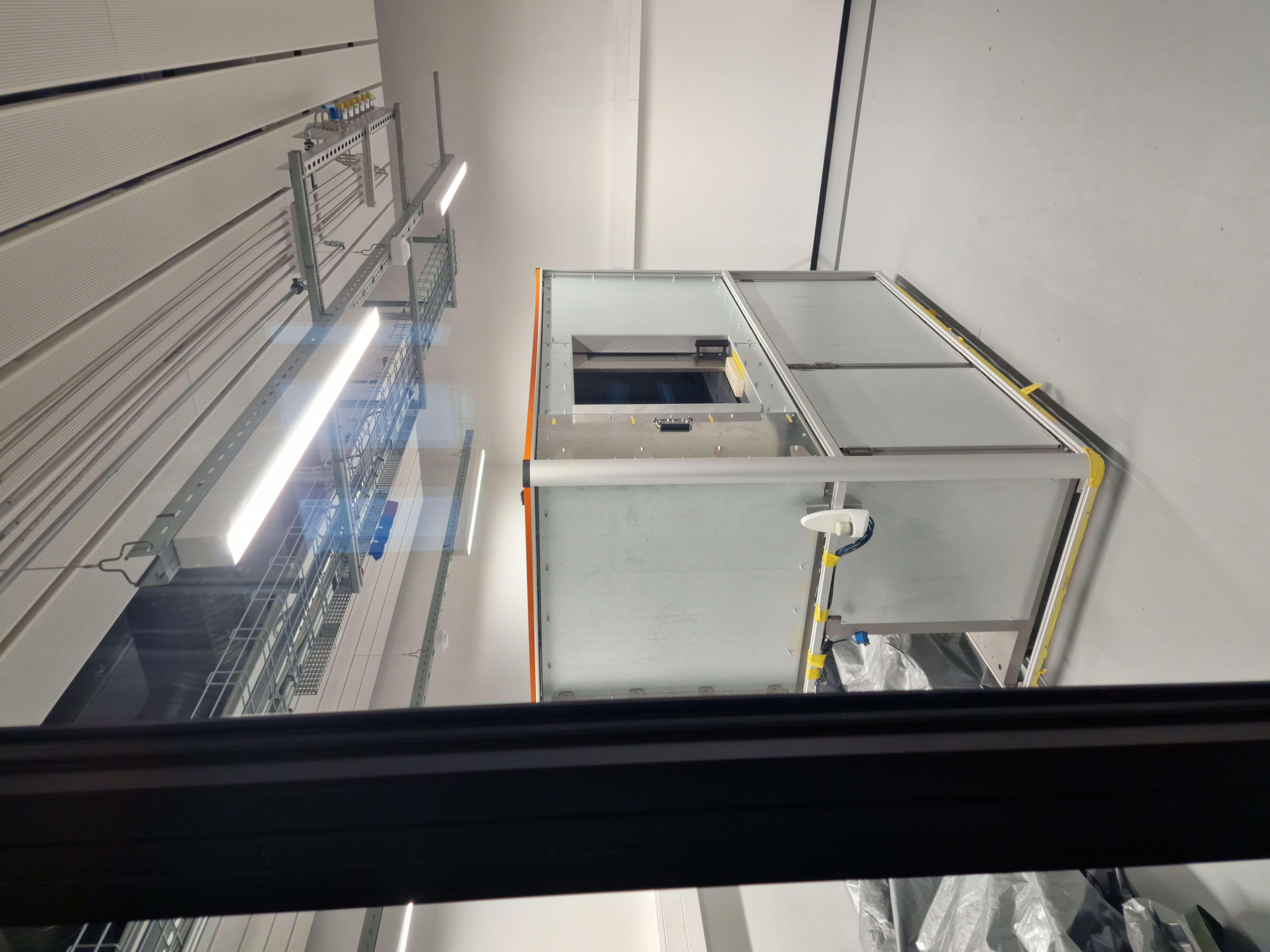 e in January by Exciscope and the following period will be dedicated for commissioning of the instrument. We expect to have the system fully incorporated into the user program late spring or during the summer of 2023.

The instrument will bring new capabilities for low Z materials such as plants, tissue samples and other biomaterials but also different polymers should benefit from the phase contrast.

In terms of resolution the instrument will align with other micro-CT systems in the center with a best resolution around 1 µm. But due to the phase contrast, much smaller density and material difference can be detected in comparison to the normal absorption contrast.

The instrument was selected to boost the capabilities at DANFIX for X-ray BioImaging and the community around has been quite active as a result the BioComFert project is financing a part of the instrument.

We use cookies on our website to give you the most relevant experience by remembering your preferences and repeat visits. By clicking “Accept”, you consent to the use of ALL the cookies. However you may visit Cookie Settings to provide a controlled consent.
Cookie settingsACCEPT
Manage consent

This website uses cookies to improve your experience while you navigate through the website. Out of these cookies, the cookies that are categorized as necessary are stored on your browser as they are essential for the working of basic functionalities of the website. We also use third-party cookies that help us analyze and understand how you use this website. These cookies will be stored in your browser only with your consent. You also have the option to opt-out of these cookies. But opting out of some of these cookies may have an effect on your browsing experience.
Necessary Always Enabled
Necessary cookies are absolutely essential for the website to function properly. These cookies ensure basic functionalities and security features of the website, anonymously.
Functional
Functional cookies help to perform certain functionalities like sharing the content of the website on social media platforms, collect feedbacks, and other third-party features.
Performance
Performance cookies are used to understand and analyze the key performance indexes of the website which helps in delivering a better user experience for the visitors.
Analytics
Analytical cookies are used to understand how visitors interact with the website. These cookies help provide information on metrics the number of visitors, bounce rate, traffic source, etc.
Advertisement
Advertisement cookies are used to provide visitors with relevant ads and marketing campaigns. These cookies track visitors across websites and collect information to provide customized ads.
Others
Other uncategorized cookies are those that are being analyzed and have not been classified into a category as yet.
Save & Accept
Powered by